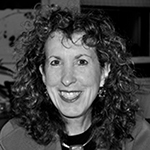 Dr Corinne Masur is a licensed clinical psychologist, a child and adult psychoanalyst, an associate supervising child analyst, and an adult supervising psychoanalyst at the Psychoanalytic Center of Philadelphia (PCOP). She has been in private practice, seeing mothers and infants, children of all ages, and adults for over thirty-five years. She is the co-director of The Parent Child Center and a founder of the Philadelphia Center for Psychoanalytic Education (PCPE) and The Philadelphia Declaration of Play.

Here she explains the impetus behind her new book Finding The Piggle: Reconsidering D. W. Winnicott’s Most Famous Child Case.

Almost sixty years ago, Donald Winnicott, the first male child psychoanalyst, treated a two-and-a-half-year-old girl, nicknamed the Piggle, at the request of her desperate parents. The child suffered from listlessness and depression alternating with recriminations against herself and her mother as well as self-harming behaviours. Winnicott considered the treatment “pretty awful as analysis” but when his write-up was published posthumously, it became an instant classic in the annals of child analysis.

We know quite a great deal about D. W. Winnicott but who was the Piggle, his now famous child patient?

While several Winnicottian scholars knew her identity all along, recently the adult Gabrielle (as the Piggle was actually named) has been found by American psychoanalyst, Deborah Luepnitz. As a result of the curiosity of Luepnitz and the generosity of Gabrielle, we now have access to fascinating historical information regarding Gabrielle’s family and their history, thus providing new insight into the case.

Meanwhile, historian and psychoanalyst Brett Kahr has been meticulously interviewing scores of Winnicott’s associates, as well as continuing his deep dive into the Winnicott archives, thus providing never before published data about Winnicott and his child patient and the relationship between the analyst and the family.

In Finding The Piggle: Reconsidering D. W. Winnicott’s Most Famous Child Case both Luepnitz and Kahr share their 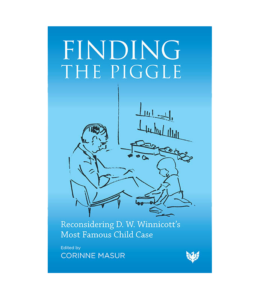 knowledge. And not only do we learn more about the histories of both Winnicott and Gabrielle, but we also have Christopher Reeves’ brilliant critical analysis of the case. In subsequent chapters, new formulations are made regarding the development of Gabrielle’s psychopathology.

Gabrielle’s mother left her for ten days to give birth to Gabrielle’s younger sister. Why did Winnicott, an expert on the effects of separation on young children, not even consider the mother’s abandonment of Gabrielle as a salient aspect in her symptom formation? Was he influenced by his own personal history or was his loyalty to Freudian theory the cause? Corinne Masur explores this interesting omission.

And what would happen if the Piggle were to be seen in the office of a child analyst in the twenty-first century? Three contemporary practitioners, Laurel Silber, Justine Kalas Reeves, and Zack Eleftheriadou, look at the case through an interpersonal and relational lens, rounding out this fascinating re-examination of an always fascinating case.

Seven psychoanalytic thinkers provide critical analysis, consider overlooked themes, and apply contemporary theory in this comprehensive examination of The Piggle. If you enjoyed the original, you need to read this!