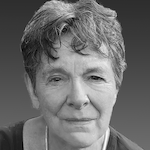 Margot Waddell, PhD, is a fellow of the Institute of Psychoanalysis where she is currently the chair of publications. She has a background in Classics and literature and took a PhD at Cambridge on George Eliot’s novels. She is a child analyst and worked for many years as a consultant child and adolescent psychotherapist at the Tavistock Clinic, London. She co-edits the Tavistock Clinic Book series and has published widely. 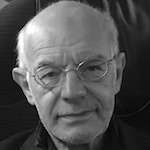 Sebastian Kraemer qualified in medicine in 1970, after a first degree in philosophy. He trained in paediatrics and then in psychiatry. From 1980 he was a consultant psychiatrist at the Tavistock Clinic (until 2003) and in the paediatric department at the Whittington Hospital London (until 2015). He is an honorary consultant at the Tavistock & Portman NHS Trust and continues to write, teach and work with staff in NHS and children’s services.

Here they tell us of the inspiration behind The Tavistock Century: 2020 Vision – a must-read book celebrating the Tavistock centenary. 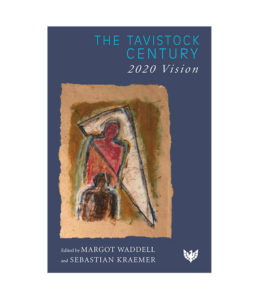 A hundred years ago this week, not long after the end of the First World War and the even more lethal Spanish flu pandemic, the Tavistock Clinic first opened its doors. Its founders, mainly doctors with a strong religious public service ethos, aimed to provide psychotherapy to people who would otherwise not be able to afford it. They were already part of a movement away from punitive attitudes to ‘shell shock’, seeing how it could be more successfully treated by talking about the trauma, rather than burying it. In 2020, less than four miles away from Tavistock Square, the same impulse, now entirely secular and much more ambitious in its reach into society, inspires an enormous enterprise, the Tavistock & Portman NHS Trust; an internationally known centre of therapeutic and consulting services, training and research, with outpost courses around the UK, in Florence, and other centres abroad.

The story of The Tavistock Century: 2020 Vision begins with a thought in the mind of a former and celebrated Chief Executive of the Trust, the psychiatrist and psychoanalyst Dr Anton Obholzer, who wanted to gather together short accounts of their experiences from previous and present staff in all parts of the now dispersed ‘Tavistock family’: the Tavistock and Portman Clinics, the Tavistock Institute of Human Relations, Tavistock Relationships, and Tavistock Consulting. It was not clear whether this material would finish up as a book, but that is what it has become since Anton handed over the editorship to one of us (Margot), who later recruited the other (Sebastian) to join her.

There are 46 chapters, and there could easily have been more. The core idea of Tavistock practice, refined by several brilliant clinicians and social scientists during their work with the British Army during the Second World War, is that every aspect of our lives is about relatedness with others. In an entirely unsentimental way, by observing what we are doing as staff and trainees, it becomes evident that how we function as an organisation is as important as what we produce. ‘Learning from experience’ can be quite disturbing, but it does empower us to speak our minds more honestly and clearly.

This collection of scholarly, committed, forward looking and theatrical, contributions embodies a courageous achievement, given the tendency of any radical movement to become partitioned into sects as it grows. Of course that happened again and again over the century, but it is the obligation to notice, and then to make sense of, the inevitable differences that have held us together. Two concepts, both derived from psychodynamic thinking, are central to Tavistock culture. The first is that we all grow from infancy, and spend our lives working through the gains and losses of that time, and through the adolescence that follows. Being ‘grown up’ is not the abandonment of that past, but its incorporation into the present. The second is that whatever we do as professionals – with patients, trainees, and colleagues, or with staff in health, social services, education, universities, the courts, churches, industry, and business – can only be truly effective if we respect our own emotions and reflections as part of the task to be done. This is not how most people in public service or business view their work.

A particular feature of the Tavistock and Portman clinics is the distinctness of professional disciplines, such as social work, psychiatry, psychology, nursing, and varieties of psychotherapy. All of these are trained in the Trust and some also in its many satellites, and, despite their clear differences, they share common experiences of personal and group supervision, keeping an eye on human relationships, as much with each other as with patients, clients, or students.

The book will surprise you. It is not as earnest as it might seem from our account. Besides narratives of history, research, training, consultation, and therapy with groups, couples, families, and individuals across the lifespan, there are chapters on the Tavistock pantomimes (highly entertaining yet with the deadly serious purpose of not taking ourselves too seriously), a behind-the-scenes peak at how the Tavistock ended up on TV, and the importance of the Tavistock Gazette to staff relations.

Our aim was to produce a fitting tribute to celebrate 100 years of the Tavistock’s achievements and those who contributed towards them – we hope you enjoy reading it.