Hidden Histories of British Psychoanalysis: From Freud’s Death Bed to Laing’s Missing Tooth £22.49 – £32.99
Back to products
Next product Food matters because food is essential to sustain life, and food matters are complex and wide-ranging, encompassing the symbolic as well as the practical. The rich discussions of the relationship between food and health, illness, sexuality, aggression, narcissism, morality, money, immigration, and movies present fresh ideas and pertinent vignettes that will be useful for all practising clinicians.

Due to be published in September 2023.

Food matters begin even before birth with the absorption of nutrients in the womb and continue through baby feeds, family meals, school dinners, barbecues with friends, and romantic meals to the growing dietary restrictions of old age. The role of food is not limited to its life-giving necessity but plays a huge role in communal bonding, cultural tradition, and self-expression.

Food Matters investigates the significant role that food plays in all of our lives and is divided into three major sections: Mostly biological, Mostly psychological, and Mostly sociological. ‘Mostly’ because biology, psychology, and sociology are not hermetically sealed subject areas and overlaps into other fields are to be expected. Part I : Mostly biological consists of two chapters. The first pertains to food and health, the second to food and illness. At its core, Chapter One aims to undermine the notion of ‘healthy choices’ and demonstrate a more nuanced vision of what actually builds healthy communities. The varied case material of Chapter Two shows the myriad roles food can play in relation to illness. Part II: Mostly psychological has four chapters, which respectively address the relationship between food and sexuality, aggression, narcissism, and morality using wide-ranging theory and practical case examples. Part III : Mostly sociological has three chapters. The first pertains to money, the second to immigration, and the third to movies, again packed with relevant theory and clinical vignettes, and, in the case of the final chapter, using the movies Waitress and Babette’s Feast to show the central role food plays, even in our fictional lives.

This welcome smorgasbord of ideas from an international array of contributors representing the disciplines of psychiatry, psychology, psychoanalysis, anthropology, and gastroenterology will be essential reading for professionals and academics in those fields and will shed fresh light on the subject for anyone with an interest in the multifaceted meanings of food matters. 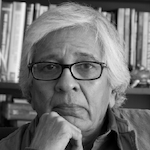 Salman Akhtar, MD, is Professor of Psychiatry at Jefferson Medical College and a Training and Supervising Analyst at the Psychoanalytic Center of Philadelphia. He has served on the editorial boards of The International Journal of Psychoanalysis, the Journal of the American Psychoanalytic Association, and the Psychoanalytic Quarterly. His nearly 400 publications include over 100 books, of which the following 22 are solo-authored: Broken Structures (1992), Quest for Answers (1995), Inner Torment (1999), Immigration and Identity (1999), New Clinical Realms (2003), Objects of Our Desire (2005), Regarding Others (2007), Turning Points in Dynamic Psychotherapy (2009), The Damaged Core (2009), Comprehensive Dictionary of Psychoanalysis (2009), Immigration and Acculturation (2011), Matters of Life and Death (2011), The Book of Emotions (2012), Psychoanalytic Listening (2013), Good Stuff (2013), Sources of Suffering (2014), No Holds Barred (2016), A Web of Sorrow (2017), Mind, Culture, and Global Unrest (2018), Silent Virtues (2019), Tales of Transformation (2021), and In Leaps and Bounds (2022).

Dr Akhtar is the recipient of numerous awards including the American Psychoanalytic Association’s Edith Sabshin Award (2000), Columbia University’s Robert Liebert Award for Distinguished Contributions to Applied Psychoanalysis (2004), the American Psychiatric Association’s Kun Po Soo Award (2004) and Irma Bland Award for being the Outstanding Teacher of Psychiatric Residents in the country (2005). He received the highly prestigious Sigourney Award (2012) for distinguished contributions to psychoanalysis. In 2013, he gave the Commencement Address at graduation ceremonies of the Smith College School of Social Work in Northampton, MA.

To view all our titles from Salman Akhtar, click here. 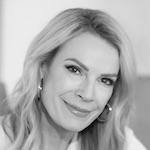 Nina Savelle-Rocklin, Psy.D. is a Los Angeles-based psychoanalyst specialising in eating disorders. She is the author of Food for Thought: Perspectives on Eating Disorders and The Binge Cure: 7 Steps to Outsmart Emotional Eating. She also co-edited (with Salman Akhtar) Beyond the Primal Addiction. She has written articles and book chapters on binge eating, bulimia, and mistrust as it pertains to eating disorders, as well as on the origins and fundamentals of psychoanalysis. She is regularly featured in podcasts, radio shows, print media, and online summits throughout the globe. She hosts The Dr. Nina Show radio program on LA Talk Radio. Her TEDx talk is ‘Why Binge Eating is NOT about Food’.

Acknowledgments
About the editors and contributors
Introduction