The Educational Role of the Family: A Psychoanalytical Model £8.99 – £11.99
Back to products
Next product 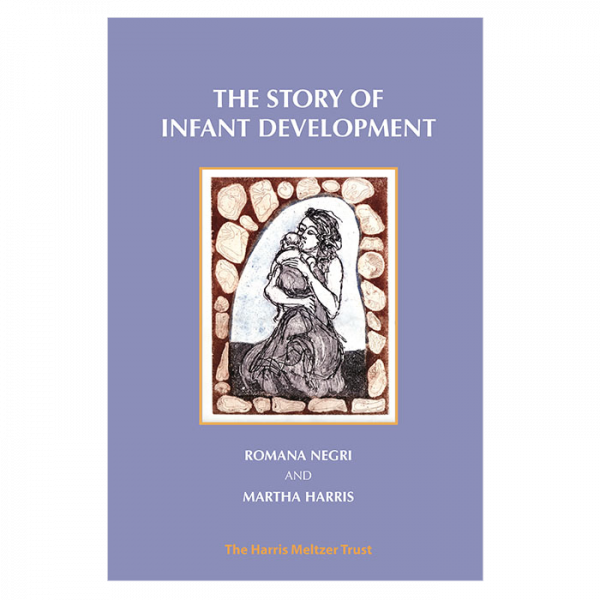 The Newborn in the Intensive Care Unit: A Neuropsychoanalytic Prevention Model

This new revised edition of a classic work on the development of premature infants has been updated and extended with the addition of chapters on the death of the child and on the experience of siblings. Using infant observation and her psychoanalytic training, neuropsychiatrist Dr Negri provides new insight on the experience of the premature infant as well as support to parents and medical staff caring for them.

This book grows out of neuropsychiatrist Romana Negri’s thirty years’ experience as consultant neuropsychiatrist to a neonatal intensive care unit, working with parents and medical teams. The premature babies she observes are suspended between life and death, as are the feelings of their parents and the nurses who care for them. The reader witnesses how Dr Negri opens herself to the babies’ experience and introduces the tiny human beings she encounters to their parents as well as to the professionals. Her ability to support the adults, whether in maintaining hope or in dealing with death, creates a family atmosphere within a high-tech hospital department.

This new revised edition  of the book has been updated and extended with the addition of chapters on the death of the child and on the experience of siblings. Using infant observation and her psychoanalytic training, neuropsychiatrist Dr Negri provides new insight on the experience of the premature infant as well as support to parents and medical staff caring for them.

The ugly duckling
A story by Meg Harris Williams

1. Work with the parents
The approach with parents
Anxieties about death
The narcissistic wound
The aesthetic conflict
The methodology of intervention
Interrupted pregnancy
The separation–individuation process
Catastrophic anxiety and the sense of guilt
Conclusions

3. Work with the staff
Work method and level
Model evolution
Theoretical discussion and presentation of the clinical experience
Phase I
The emotional atmosphere: the state of paranoid anxiety
Phase II
The concept of the neutral role
Phase III
Mirror resonance: nurses experience mothers’ and children’s feelings
Phase IV
Thinking about the work group: nurses talk about themselves
Conclusions

4. Infant observation
Methodological aspects
Difficulties of infant observation in the incubator
The first period
The child’s suffering
The child’s physiognomy
The image of the living child in the parents’ mind
The child’s states of irritability and first mental movements; object differentiation
Removal of the tracheal tube: a second birth
The child’s abrupt starting; grasping; sleep
The child’s first waking moments; the nurses start to separate from the child
The child’s first organizational patterns: 32-34 weeks
Thought formation: the integration of sensorimotor experiences and emotional experiences deriving from the object relation
The mother’s depression and its mirror-like repercussions on the nursing staff: the emotional experience modulated by the child
Splitting; the “toilet-breast”; the experience of trusting, of being contained
Conclusions

5. The neuropsychological screening of the infant before discharge from hospital
Infant examination

8. Treatment of cases at psychopathological risk
The therapeutic work group
The transference with the therapist
The function of non-saturation during the session
Psychosomatic disorders and prognosis
Conclusions

10. The treatment and development of children with cerebral palsy
The child
The parents
A difficult development
Risks involved in the first period
The process of separation and individuation
The mothers’ group
The health providers’ group

Romana Negri graduated in medicine and trained as a child neuropsychiatrist at the University of Milan. From 1970 onwards she attended the seminars of Martha Harris and Donald Meltzer and commenced work projects inspired and influenced by their teaching. From 1976 to 2004 she was a consultant in the Special Care Baby Unit at the Caravaggio Hospital, Treviglio, publishing some of her research findings in The Newborn in the Intensive Care Unit. Since 1982 she has been a professor at Milan University, teaching in the paediatric department of the School of Medicine and the School of Psychiatry and Psychology. She is also responsible for early pathology consultation at the Sacco Hospital in Milan. She has published over one hundred papers in the field of early psychopathology and child psychiatry in Italy, Germany, France, Spain, and England.

2 reviews for The Newborn in the Intensive Care Unit: A Neuropsychoanalytic Prevention Model