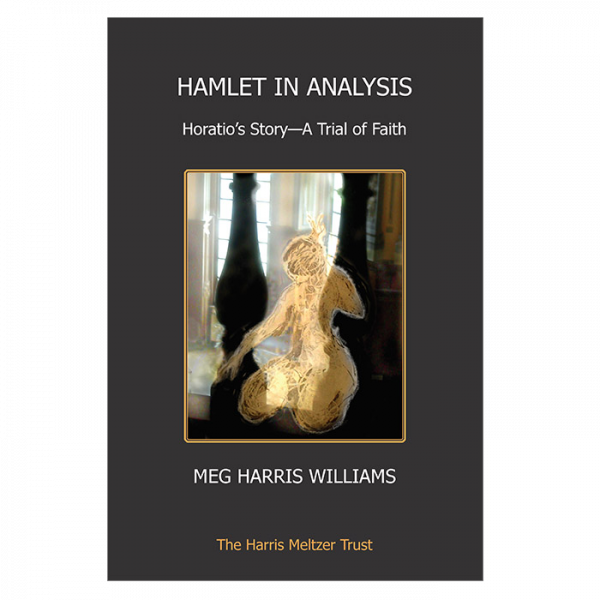 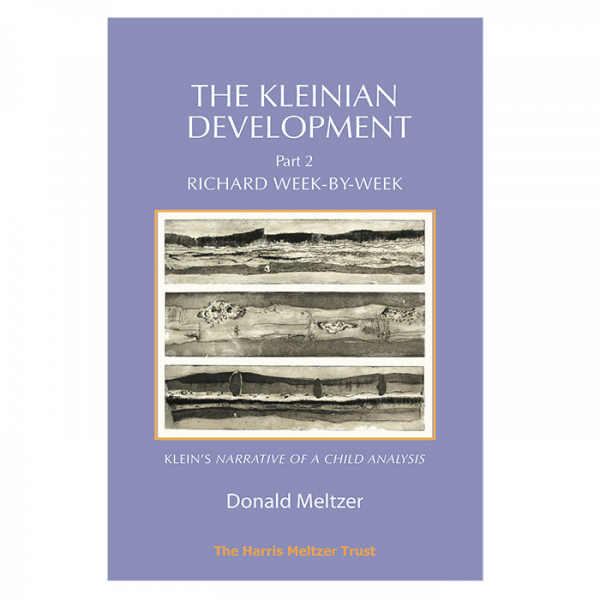 The Kleinian Development derives from lectures delivered at the Institute of Psychoanalysis, London, and the Tavistock Clinic (1965–78). It is divided into three volumes that examine, in turn, the writings of Sigmund Freud, Melanie Klein, and Wilfred Bion.

Part 2: Richard Week-by-Week – Melanie Klein’s ‘Narrative of a Child Analysis’
Part 3: The Clinical Significance of the Work of Bion

Meltzer describes the series of lectures on Freud, Klein and Bion known as The Kleinian Development as both a quest for personal integration into some kind of ‘combined internal psychoanalytic object’, under whose aegis he personally could aspire to work, and as a vademecum for students. They were originally delivered to students at the Institute and at the Tavistock, specifically with the aim of demonstrating the logical development of that line of psychoanalytic practice. Seeking for this logical development reveals ‘an unfolding of method, leading to discovery of new realms of phenomena, generating in turn new models of the mind, which then modify method, etc.’

The lectures on Freud therefore are concerned less with his theory of mind and more with the spiralling alternation of thinking and clinical discovery. Meltzer focuses on those papers, mainly clinical, which highlight key moments of change in Freud’s own knowledge and understanding, brought about by the impact of what Bion was to call ‘learning from experience’ with its inbuilt autobiographical implication. These include: the ‘Fragment’ on Dora in which Freud’s curiosity (about the new method) enabled him to press on where Breuer had retired after his experience with with Anna O. (the ‘inventor of psychoanalysis’); the work with Little Hans which established the significance of childhood but only retrospectively; the new evidence of internal conflict manifest by the Rat Man; the Leonardo paper, not for its initiation of the ‘bad tradition’ of psychobiography but for its autobiographical examination of the ideas of sublimation and narcissism; the Schreber memoir in which Freud began to conceptualise the reality of the inner world; the ‘child being beaten’ which demanded a new understanding of masochism; and the Wolf Man with its central phantasy of the primal scene, and the idea of true bisexuality (rather than active-passive trends) and the ‘complete Oedipus complex’.

In Meltzer’s view all these investigations undermined Freud’s existing theoretical preconceptions or speculations; of ‘three Freuds’ that he identifies (the obsessive theoretician, the politician guarding the ‘party line’, and the artist-clinician) it was the latter that moved inexorably towards working with the ‘structural model’ that corresponded to the whole-personalities that confronted him in real life, and to the realities of ‘identification with an object in pain’; ‘Freud was going to have to discard this energetics theory and the idea of un-pleasure, and really come to grips with a more purely psychological theory, in which ‘pain’ really was what it meant’. Meltzer believes that although Freud did not, in his theory of mind, ever fully confirm the shift away from the libido model (it shows more in his descriptive language that in his theorisation), yet the move from energetics to meaning and its organization marks the ‘direction in which psychoanalysis has been directing its attention and development ever since’. And Freud, despite the pessimism of his last years, nonetheless exemplified the fact that ‘there is no complete analysis: that any analysis is, at its best, a preparation for a continuation of self-scrutiny and development, and it is not meant to protect people from having conflicts in life, but only to equip them to meet these. Analysis is the beginning, and not the end, of a process.’ And so it is with the analytic movement.

3. (1901) The crystallization of the method dream analysis (Dora)

Donald Meltzer (1923–2004) was born in New York and studied medicine at Yale. After practising as a psychiatrist specialising in children and families, he moved to England to have analysis with Melanie Klein in the 1950s, and for some years was a training analyst with the British Society. He worked with both adults and children, and was innovative in the treatment of autistic children; in the treatment of children he worked closely with Esther Bick and Martha Harris whom he later married. He taught child psychiatry and psychoanalytic history at the Tavistock Clinic. He also took a special scholarly interest in art and aesthetics, based on a lifelong love of art. Meltzer taught widely and regularly in many countries, in Europe, Scandinavia, and North and South America, and his books have been published in many languages and continue to be increasingly influential in the teaching of psychoanalysis.
His first book, The Psychoanalytical Process, was published by Heinemann in 1967 and was received with some suspicion (like all his books) by the psychoanalytic establishment. Subsequent books were published by Clunie Press for the Roland Harris Educational Trust which he set up together with Martha Harris (now the Harris Meltzer Trust). The Process was followed by Sexual States of Mind in 1973, Explorations in Autism in 1975; The Kleinian Development in 1978 (his lectures on Freud, Klein and Bion given to students at the Tavistock); Dream Life in 1984; The Apprehension of Beauty in 1988 (with Meg Harris Williams); and The Claustrum in 1992.