Getting to know Freud 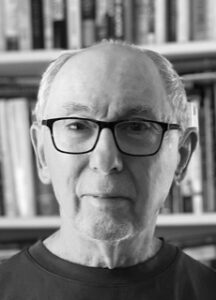 Barry R. Silverstein is Emeritus Professor in the Department of Psychology, William Paterson University, Wayne, NJ. As an independent Freud researcher for more than forty years, he has published on the history of psychoanalysis in many journals including ‘The Psychoanalytic Review’, ‘The Annual of Psychoanalysis’, and ‘American Psychologist’. He was a frequently invited reviewer for the journal ‘Psychoanalytic Books’.
His book ‘The Evolution of Freud: His Theoretical Development of the Mind–Body Relationship and the Role of Sexuality’ is out now; the perfect book for trainees, students, and professionals looking to learn more about the development of Freud’s thinking.

Freud has evolved into a cultural icon. We all know about “Freudian slips”: that’s when you say one thing but you really mean your mother. Einstein amazed us when he said everything is relative, but before him, Freud told us that everything is relatives. Nearly every literate person has heard or read something about him. More books have been written about Freud than almost any other human being who has ever lived, but there is still much controversy and confusion concerning what his views were on the mind–body relationship. Why was he so obsessed with sex? A psychologist was once surprised when a client, telling what he saw in a series of ink blots, always responded: “I see people having sex.” When asked why he responded that way, he said, “Because I read Freud!” It could have happened.

The Evolution of Freud: His Theoretical Development of the Mind–Body Relationship and the Role of Sexuality was written to explore and present what Freud really thought and wrote about the mind–body relationship and why he really was obsessed with sexuality. I have focused on what he was thinking, when he was thinking it, why he was thinking it, and why and what he wrote about it. What were his influences? In what ways were his views and publications based upon his personal experiences? Why did he often change his mind? What were his final views on these issues? You can accompany Freud on his journey from the start to the conclusion of his theoretical and clinical odyssey as you read through the pages of this book.

After teaching Freud’s work to university students for more than forty years, I was continually amazed at how often, before I began my presentation, many students expressed the view that they already knew Freud’s work. When I questioned them concerning what they knew or believed about Freud, very often what they reported was simply wrong. I developed a passion to keep exploring his published writings and personal correspondence with his colleagues, as well as what was written about him. This led to my writing a series of journal articles, book chapters, and a little book for students to present Freud accurately within an historical context. The Evolution of Freud is a culmination and exposition of what I have learned about him. It is a critical, but fair-minded account of his work and its continuing significance and relevance.

‘The Evolution of Freud: His Theoretical Development of the Mind–Body Relationship and the Role of Sexuality’ is available now from our website.