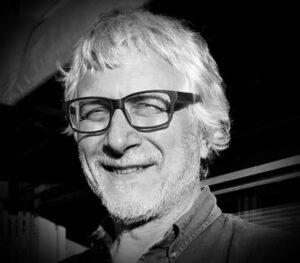 Kevin Volkan, EdD, PhD, MPH is a founding faculty member and Professor of Psychology at California State University Channel Islands, where he researches and teaches courses on psychopathology and atypical behaviors, personality theory, as well as Nazi Germany, and Eastern philosophy. Dr Volkan also currently serves on the Graduate Medical Education faculty for the Community Memorial Hospital System in Ventura, CA, where he teaches and conducts research with medical residents, and as an adjunct faculty member for California Lutheran University’s clinical psychology doctorate program.

His latest book Schizophrenia: Science, Psychoanalysis and Culture, co-written with his father Vamık Volkan, is out now. Here, Dr Volkan explores his history of working with people with schizophrenic disorders.

While in college I took a job as a psychiatric attendant at a small locked-in mental hospital housing people who suffered from schizophrenia. There were also a few schizoaffective and bi-polar patients, one gentleman who had been the recipient of a rather extensive lobotomy, another person who was in the tertiary stage of syphilis and a few psychopathic murderers faking schizophrenia so that they would get sent to our facility rather than jail. I worked the graveyard shift when it was just four attendants and 100 patients. Given that schizophrenia can cause disrupted sleep patterns and insomnia, I got to know many patients quite well.

I liked the inhabitants of the hospital and found myself a witness to their suffering. They were fed high doses of strong medicine – Thorazine, Haldol, Stelazine, which abated some symptoms but made them feel terrible. Being up at night, I was fortunate to have many one-to-one conversations. I heard many delusions, paranoid thoughts, descriptions of voices and visual hallucinations. My charges would sometimes tell me vivid stories or draw pictures for me. Even the most withdrawn patients would engage in some conversation if there was a possibility for a forbidden cup of midnight coffee. Some patients were dangerous. I was almost knocked out by an 86-year-old lady who was extremely paranoid. I didn’t even see it coming. Another time, an agitated patient became violent and had to be tackled and given a high dose of Thorazine. Once he calmed down, he went to a recreation room, stacked plastic chairs up to the ceiling, and started them on fire with an electric burner. I became somewhat adept at perceiving and interrupting the escalation of paranoid delusions.

At this hospital, the only sort of therapy besides medication was a token economy which discouraged acting out by giving reinforcement for not doing so. It made the patients easier to manage but substituted one kind of misery for another. It wasn’t until I attended a university in Italy that I experienced an alternative way of helping people suffering from schizophrenia. We would have lunch in a building near campus. This building housed people with schizophrenia who helped prepare our meals and sat down with us in the dining hall to eat. Although the people living there suffered from schizophrenia, they had meaningful employment and were integrated into everyday life.

Later, as a psychologist, I worked with people suffering from severe psychoses in a large state-run mental hospital. Even though we were required to work from a behavioral paradigm, some of us sought to understand our charges and their behavior from a psychoanalytic developmental viewpoint. This was tremendously helpful and allowed us to effectively target behavioral treatments to a specific developmental phase. I discovered that different treatments could work synergistically.

Currently, in Los Angeles, California, near where I live, there are literally tens of thousands of homeless people suffering from schizophrenia. Clearly, whatever systems we have in place for treating schizophrenia are not working. There is an evident need for ideas about alternative, new, and synergistic treatments.

The book on schizophrenia that my father and I have written presents some of these ideas by melding psychoanalytic metapsychology and practice with the latest scientific knowledge about the disease. In our view, the neurobiology, genetics, and epigenetics of schizophrenia are consonant with a psychoanalytic perspective of the disease. While we acknowledge the difficulty in bringing these perspectives together, we also see the possibility for great synergy that hopefully will translate into better, and more specific, treatments, both biological and psychotherapeutic. 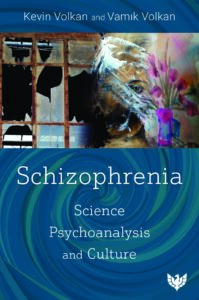 An important element in this understanding is an examination of cultural elements related to schizophrenia from a psychoanalytic viewpoint. This deep view of culture especially impacts our understanding of the development of schizophrenia as well as which elements that may be protect against it. It is our hope that we have provided some out of the box thinking to future generations of clinicians.

We believe that the book can serve as a textbook for graduate clinical psychology students, psychiatry residents, as well as students in counseling, clinical social work students, psychiatric nurse practitioners, and other mental health graduate programs. The book is also written for the lay reader who seeks to understand more about schizophrenia, as well as the theory and process of psychoanalysis and psychoanalytic-based therapies.

Schizophrenia: Science, Psychoanalysis and Culture is available now from our website.