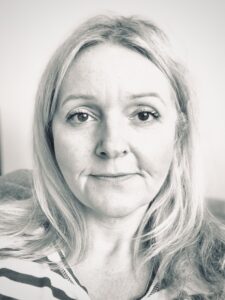 Here, in light of her recent book ‘Misogyny in Psychoanalysis’, Chamberlain documents her experience discovering the sexist attitudes ingrained in psychoanalysis and psychotherapy, and why it is so important that a light be shined on this insidious aspect of the fields.

It was not until I entered the world of psychoanalysis that I was let in on a secret. Growing up as a girl and then becoming a woman I was very much aware of sexism, misogyny, and gender bias, but at my school and at home I was never told explicitly that there was anything that I could not do on the basis of my gender and that I should expect to be treated equally as a person. Entering the workplace and developing my career in mental health and learning disabilities for over twenty years, there was a professional expectation that that equality should continue.

This experience was very much challenged when I started my training in psychotherapy. I was introduced to some of the writing of the key thinkers in psychoanalysis and I was instantly fascinated by the world that was opening up before me. However, the more I read and the more involved I became in the world of psychoanalysis, the secret of misogyny became more apparent and more shocking. The secret I discovered was that in psychoanalysis misogyny lives in plain sight, seemingly above and beyond the usual conventions of workplace etiquette or even a vague awareness of sexism.

Ironically for a field that’s main currency is reflection, the different treatment of women is bypassed as it is inbuilt in psychoanalysis. It is common place in psychoanalytic literature and in the presentation of case studies for a description of the, usually female, analysand’s attractiveness to be given as a diagnosis rather than an opinion, for the word ‘feminine’ to be used as a synonym for submission, for psychosexual development to miss the glaringly obviously important stage of menstruation, for a child’s development to be modelled on the theory of male psychosexual development as described by Freud, for women to still be described in terms of their  loss of not having a penis but gaining a baby – not a vagina, and for the fundamental experiences of pregnancy, birth and menopause to continue to be overlooked. 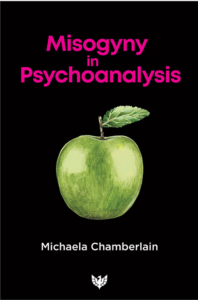 Spurred on by the many conversations with other people who have shared their experiences of the impact that misogyny in psychoanalysis has had on them, I also wanted to write a reflection of my experience as a woman in the world of psychoanalysis and psychotherapy as a trainee, supervisee, student, teacher, psychotherapist and supervisor in various institutions and as a former Chief Executive of a psychotherapy organisation. This book is short and deliberately not an ‘academic tome’ which argues alternative theoretical viewpoints – there are many, many extraordinarily talented theorists who have written and continue to develop these ideas. This book is about inviting people into a conversation about exploring why these contributions aren’t more well known, mainstream or their impact been sustained in psychoanalysis. It is about the major, minor and unrecognised trauma caused by the unconscious misogyny in psychoanalysis and questioning why this is not actively being addressed.

My wish in writing this book is to extend an invitation to join me in putting psychoanalysis on the couch, to be curious about why it is the way it is and where it needs to change for the benefit of not just theoretical advancement but more importantly for those who are seeking therapy.

‘Misogyny in Psychoanalysis’ is available from our website now.