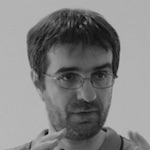 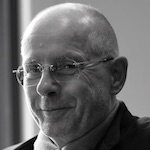 Aleksandar Dimitrijević, PhD, is a clinical psychologist and psychoanalyst. He works as a lecturer at the International Psychoanalytic University and in private practice in Berlin. He has given lectures, seminars, university courses, and conference presentations throughout Europe and in the US. Prof. Dr. Michael B. Buchholz studied psychology and social sciences, fully trained as a psychoanalyst, training analyst in Göttingen (Germany), taught social psychology at International Psychoanalytic University (IPU) in Berlin until 2020.

Their recent edited book From the Abyss of Loneliness to the Bliss of Solitude: Cultural, Social and Psychoanalytic Perspectives offers a wide range of interpretations of the concept of being alone. Here, the pair delve into the impetus behind the book and the heightened relevance of loneliness in light of the Covid-19 pandemic.

Who has not felt the thorns of loneliness and done ridiculous things to be able to avoid it? Why do chronically lonely people very often become chronically sick? Are artists honest when claiming that social isolation is necessary for creation? How come mental disorders are always followed by loneliness as a consequence, and could they be even caused by it? And what does psychoanalysis have to say about all this?

As our previous co-edited book went into press, our minds did not need much additional firing up. After silence in its positive and negative aspects, the most natural continuation was to focus on the positive and negative aspects of being alone. Both personally and professionally, we have seen this as a fundamental human condition, a modern pandemic, and a basic psychotherapeutic issue. And, again, as was the case with silence, a topic bizarrely understudied in psychoanalytic literature.

While we were gathering contributors and preparing the book proposal, the Covid-19 pandemic, and before we knew it, the first lockdown started. All of the horrors of loneliness became acutely obvious and on the largest possible scale. People were not allowed to meet, touch disappeared as a social phenomenon, travelling was impossible, together with dating, casual sex, exercise, shopping, cultural manifestations, and so much more. The ill were isolated for prevention or treatment, medical workers wore visors, and closest relatives were not allowed to attend funerals of their loved ones, who had died not only in pain but utterly alone. Serendipitously, we found ourselves working on a topic that was on everyone’s minds.

This plague was, we have to admit, also a part of our success. Almost everyone we approached felt compelled to say something about the burning problem of loneliness. For our psychotherapist friends, this was the most obvious: the unprecedented numbers of referrals, requests, and hospital admissions, as well as the acceptance of online therapy by even the most conservative organizations, have placed loneliness at the centre of our attention. But all other contributors have recognized this urgency and contemplated it from their perspectives (philosophical, sociological, musicological, developmental, neuroscientific, and many others). It is also interesting to note that the manuscript was prepared in a record-breaking time, although we have never felt hurried or hurrying. Could it be that due to the (second) lockdown, we all worked more, felt driven to say something precisely about this topic, and cherished having a joint project with colleagues from six other countries? 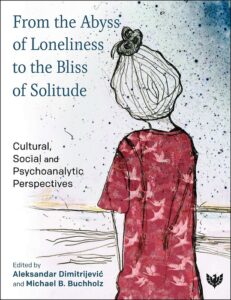 We thus ended up with a manuscript so rich that we audaciously believe it cannot be summarized in one blog post and that you might want to return to. It will explain the connection between loneliness and shame, terrorism, imaginary friends, and health risks, as well as the role of solitude in religious mysticism, artistic creativity, or a good marriage. But more than any of this, you might want to have this book because, in the moments of loneliness, we like to see how other people, even though we may not know them personally, experience loneliness and try to transform it into solitude.

From the Abyss of Loneliness to the Bliss of Solitude is available from our website now.