On being treated ruthlessly like scum: revisiting D. W. Winnicott’s ‘Hate in the Countertransference’ 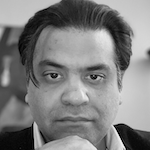 Here, he explores D.W. Winnicott’s comparison of the maternal relationship with that of the analyst and analysand in relation to his recent book The Analyst’s Torment: Unbearable Mental States in Countertransference, which expounds on the importance of analysts facing difficult emotions head-on.

In the winter of 1947, celebrated psychoanalyst, psychiatrist, and pediatrician D.W. Winnicott presented a paper which would eventually be hailed as a classic treatise on being able to tolerate and bear our emotional reactions to our patients. However, initially the essay was poorly received and mostly ignored, possibly due to its shockingly honest appraisal of our most primal feelings working with patients who are in crisis and tormented mental states (Kahr, 2020). In the essay, innocently titled ‘Some observations on Hate’ and later expanded upon and published in 1949 with the title ‘Hate in the Countertransference,’ Winnicott argues that it is the psychoanalyst’s awareness and tolerance of hateful feelings that “will at times be the most important things in the analysis” (Winnicott, 1949, p.70).

Similar to a mother’s devotion to her infant, Winnicott insisted that the analyst needs to be patient, emotionally available, tolerant and reliable. Eschewing sentimentality, however, Winnicott bluntly points out that as much a therapist “loves his patient” (p.68) he cannot avoid the feelings of hate that will emerge with this approach, similar to the ways in which mothers hate their babies “from the word go” (p.73).

To make his point, Winnicott lists a myriad reasons why mothers hate their babies (and by extension why clinicians may feel hatred towards their patients), infamously including the fact that the infant is “ruthless” to his mother, treats her as “scum, an unpaid servant, a slave” (p.74) and excites her but also “ frustrates; she [the mother] mustn’t eat him or trade in sex with him” (p.73). Clinicians must reach down to these “very primitive things in ourselves” and “above all he must not deny hate that really exists in himself” (p.70).

Rereading ‘Hate in the Countertransference’ almost 75 years later, I am struck by its “ruthless” emotional candor. Winnicott’s writing style reflects his clinical approach – it is simultaneously relationally authentic, unsparingly honest and wickedly playful. My recently published book, The Analyst’s Torment: Unbearable Experiences in the Countertransference leans heavily on his emphasis on the vital importance of facing all of our difficult emotions with honesty and integrity.

While there is no doubt that hate is an essentially unbearable experience we must face, why stop there? We battle a legion of internal demons on a day-to-day basis in the consulting room, including dread, hopelessness, shame, dissociation, jealousy, desire, envy – to name just a few. A central theme in my work is how our uncomfortable and disowned emotional states of mind are inevitably entangled with our understanding of patients, potentially derailing the therapeutic process as well as at times facilitating it. I highlight contemporary psychoanalytic approaches which emphasize the necessity to be open, curious and receptive to what is happening within our bodies and our intersubjective self-experiences.

Being able to first recognize and then make sense of our disturbed state of mind is crucial in these situations.  Winnicott’s clinical approach described in ‘Hate in the Countertransference’ is not just the recognition of our negative emotional states, but this recognition combined with an honest self-analysis of our own contribution.  What is essential is the difficult work of discernment, uncomfortable emotional honesty and sorting out what is happening in every unique encounter within the shared space of both the analyst and the patient. 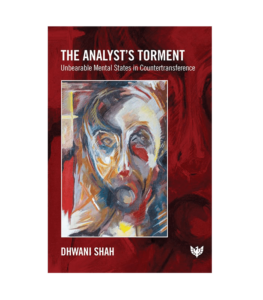 Here our countertransference reactions can be described as an inability to creatively dream with our patients’ emotional life, our ways of avoiding an encounter with the overwhelming pain accompanying their excessive suffering, and the alive, unpredictable and uncontrollable aspects of the emotional encounter with our patients. By honestly discussing what gets in our way with our patients, we can hopefully find creative and authentic ways to allow them to articulate and feel what before was unbearable for them.

The Analyst’s Torment: Unbearable Mental States in Countertransference is available from our website now.