The relationship between a biographer and his subject 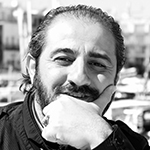 Here he talks about what prompted him to write his fascinating new biography of Dr. Vamık Volkan, A Psychoanalyst on His Own Couch: A Biography of Vamık Volkan and His Psychoanalytic and Psychopolitical Concepts.

During his six-decade-long career, Dr. Vamık Volkan has risen to the highest point of his profession. He has trained hundreds of successful students. I wanted to write about him for many reasons but what first drew me to him was his being born in my country and becoming an international figure. Political psychology was not known as an important and necessary profession in understanding world affairs in depth. Following Egyptian President Anwar Sadat’s visit to Israel in 1977 and his speech at the Knesset about a psychological wall between the Israelis and Arabs, Dr. Volkan, as a new member of the American Psychiatric Association’s Committee on Psychiatry and Foreign Affairs, studied this “wall.” This led him to examine the psychological boundaries between societies and the relationships between them, working in many conflict-ridden areas of the world for decades. His work raised the profile and standing of political psychology. 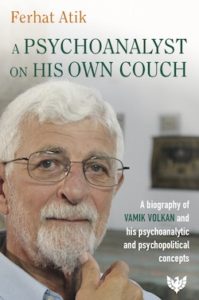 Before writing this book, I talked with Dr. Volkan on many, many occasions during an eight-year period. He has much to teach the world about understanding people and societies in peace and at war. Within the first few days of meeting, both of us realized that my writing a book about him and describing his important findings would take a long time. Yet from those first days, we both knew what the title of the book would be: “A Psychoanalyst on His Own Couch.” I am proud to have written this book about Dr. Volkan’s life and work. It is a book that, I believe, the reader will read over and over again.

I wish to thank Dr. Volkan, Kate Pearce, and her wonderful Phoenix family, all of whom have given me a great feeling by accomplishing the publication of this book.

Vamık Volkan, MD, DFLAPA, is an emeritus professor of psychiatry at the University of Virginia, Charlottesville and an emeritus training and supervising analyst at the Washington Psychoanalytic Institute, Washington, DC. He is the founder of the Center for the Study of Mind and Human Interaction and the International Dialogue Initiative. He has held many senior positions throughout his career and has been the recipient of several honorary doctorate degrees and many distinguished awards. He has been nominated for the Nobel Peace Prize five times and is the author, co-author, editor, or co-editor of more than fifty psychoanalytic and psychopolitical books. He continues to lecture worldwide.

Here he talks about being the subject of a biography.

This book illustrates events in my life that motivated me to become a psychoanalyst, provides a review of my clinical work with persons having different personality organizations, and gives examples of my involvement in international conflicts and large-group psychology. Ferhat Atik, the author, is a novelist, a film maker, a newspaper columnist, and an academician teaching creative writing and media ethics. He examines and describes psychological concepts in a very understandable way, without hiding behind theoretical terms or jargon. Ferhat Atik, whom I first met in 2014, conducted many interviews with me and read my books and papers before writing A Psychoanalyst on His Own Couch. I was pleased and moved by his interest in me and my work. But, getting to know him and becoming his friend are the greatest gifts for me. I am sure that the reader will appreciate Ferhat’s skill in understanding and sharing psychoanalytic insights. This book has become a teaching tool both for my colleagues and the general reader. I hope you enjoy reading it.