The Power of Unconscious Fantasy in Film 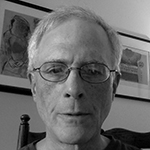 Thomas Wolman, MD, was born and raised in New York City, where he now lives after residing in Philadelphia, PA for forty-four years. He attended Johns Hopkins University and the Pennsylvania State University Medical College. Subsequently, he trained at the Philadelphia Psychoanalytic Center, where he taught in both the psychoanalytic and the psychotherapy training programs. Until his move, he held the title of assistant clinical professor of psychiatry at the University of Pennsylvania School of Medicine. Currently, he teaches a course on the history of psychoanalysis at the New York Psychoanalytic Institute.

At about the age of four, my two aunts took me to see a children’s play at the local YMHA. One of the characters was a man dressed up as a crocodile. At one point in the play, he happened to mention – almost in passing it now seems to me – that he “ate little children”. And the moment I heard these words I got up from my seat and ran out of the theater. My two aunts tried to reassure me that he wasn’t a “real” crocodile and that I had nothing to fear. But I was having none of it, and refused to go back inside. 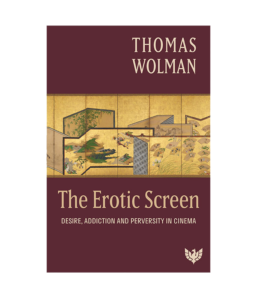 Then at the age of six my best friend died suddenly of a brain tumor. Almost immediately I developed an overwhelming fear of going to sleep at night. This fear persisted for several months until one night I called out for my father. He reassured me that the same thing would not happen to me, and, in this instance, his soothing words put a temporary end to my fears.

A year later I was sitting in a darkened theater with my aunt and cousins watching the movie Snow White (1939). In this landmark film, the original fairy tale is less sugarcoated than subsequent Walt Disney productions. In one memorable scene – a technical triumph for the animators – the face of the vain and beautiful queen transforms into that of an ancient crone. And once again, I got up and ran out of the theater.

Perhaps the first link with the past happened when I was required to memorize Hamlet’s famous soliloquy, “to be or not to be,” as a senior in High School. Every adolescent can relate to this line, which poses the ultimate existential dilemma in the starkest of terms. In that speech, Hamlet also says the following:

“To die, to sleep – to sleep, perchance to dream – ay, there’s the rub, for in this sleep of death what dreams may come…”

Here then lies a connection between Invasion of the Body Snatchers (1956) and my fear of falling asleep at age 6. In my child’s mind, I equate death with sleep. Parents sometimes explain death to their children as “oh he’s just sleeping” or “he’s gone to his final rest.” Children can only conceive of death in terms of what is familiar to them such as someone “going away” or falling asleep for a long time like Rip Van Winkle. Sleep is also the zone of terrifying nightmares. I do not remember any nightmares in this period, but had there been one, it may have involved being carried away during the night without one’s awareness. Thus we have possible links to my fear of falling asleep and of my body and mind being robbed from under my nose, the very scenario portrayed in Invasion of the Body Snatchers.

Regarding The Thing From Another World (1951), I cite the observation made in The Erotic Screen that –seen from a certain perspective – the monstrous “thing” is only a tall, awkward-looking man in an ill-fitting monster suit. I would now conjecture that the actor cast as “The Thing” (James Arness) is a later incarnation of the earlier man in the crocodile suit. In this instance, however, the dreadful figure elicits an electrifying thrill. But unlike the childhood experience, the intention to eat people alive is not made explicit. Thus, what remains unconscious is the thrill of being eaten. In childhood the fantasy content (eating little children) erupts into consciousness without the associated thrill, while in the movie only the thrill remains.

In Alien (1979), the thrill of being eaten becomes the horror of being eaten, and the fantasy is given gruesome actuality in a creature that devours everything in its path. Moreover, there is an unmistakable resemblance between the alien creature’s metamorphosis into a larger-than-life -monster and the transformation of the queen in Snow White into an evil witch. The premise that Alien plays upon the complexities of feminine sexuality depends upon this bedrock of fantasy concerning changes in the mother’s face. The moving image of what – for want of a better word – I would call obscene desire written across the hag’s face flooded my mind with anxiety.

These and other connections to the three science fiction movies attest to the power of unconscious fantasy. In its forays into the nature of the sexual object, The Erotic Screen does not fully develop the role of cinematic fantasy in depicting the elusive object. However, we must acknowledge the object of horror as a fantasmatic object par excellence. For examples, we have only to turn to the fabulous creations of HR Giger in Alien. In the tradition of surrealist art, these sculptures resemble hybrids between organic and mechanical organisms. The uncanny rendering of the interior of the body recalls primitive fantasies of ripping open the mother’s body in pursuit of what lies buried there. In contrast to the “happy ending” so enamored by movie executives, these movies reveal the nightmarish scenario behind the prepackaged façade of the science fiction genre

If I were to add a further chapter to this book, it would feature movies such as Brazil (1985) and Eyes Wide Shut (1998) whose entire screen space is permeated with fantasy. I would approach such films with the questions: How does fantasy function as a cinematic structure? What psychical purpose does it serve for the protagonists? Does it provide escape, or does it rather demonstrate the impossibility of escape?

Meanwhile, I shall leave you with the films I did discuss: The Thing from Another World, Invasion of the Body Snatchers, Alien, The Maltese Falcon, Wall Street, The Lost Weekend, The Days of Wine and Roses, Leaving Las Vegas, Secretary, Little Children, and Peeping Tom. Each has much to intrigue us.