The Virus, Suffering, and Sacrifice 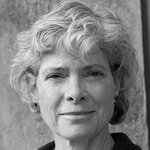 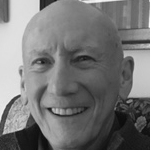 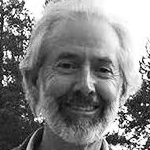 Their new work, Suffering and Sacrifice in the Clinical Encounter, offers a new paradigm for understanding the impasses and failures in the psychotherapy process for patients entrenched in self-blaming and masochistic patterns of behaviour 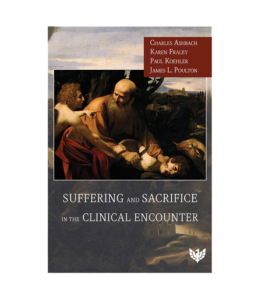 In our book we offer a theoretical matrix in which particular types of especially intense resistance emerge as the result of traumatic loss in the subject’s earliest and most vulnerable phases of development. Freud, in Mourning and Melancholia, demonstrated how the experience of traumatic object loss leads to radical psychic splitting with the paradoxical development of a delusional, all-good object of perfection and gratification as well as an all-bad figure of frustration and abandonment. The all-good figure is possessed by the subject and is a guarantee that love will not be extinguished while the all-bad figure contains the projected hate, failure and violence, thus assuring the subject that the threat is outside the self.

The traumatically resistant patient is terrified and confused by the divided nature of the core-self and feels from the passive side a helpless subjugation to the ideal object of power and omnipotence, what we term as the god-object of the idealised superego. From the aggressive side we discern a generally repressed figure of violence, bitterness and vengeance that seeks to re-locate its guilt, shame and responsibility into innocent but helpless objects best described as scapegoat surrogates. In 1907 Freud identified a type of regressed patient as retreating into a psychic stance with the adoption of a type of “private religion” wherein he sought to replace the working-through core of analysis with a supplicating process of sacrifice and misery as the means of gaining forgiveness of his sins and crimes and the reinstatement of a perfect union with the furious but omnipotent god-object, in other words, the narcissistically transformed superego.

Applying this model of the traumatised, individual patient to our understanding of the social field emerging as the world comes to terms with the catastrophic pandemic of COVID-19, we can see the way that regressed collectives utilise splitting, violence and sacrificial scapegoating in order to flee the demands of reality-testing on the one side and to avoid the unbearable pain and psychotic anxiety of imagining that they are the responsible party for causing this plague to descend on their families and their land. Human societies throughout history have reacted to such occurrences through the attribution of agency and causality to the vagaries of divine will.

In Oedipus Rex the citizens of Thebes suffer from a plague associated with some great moral outrage or spiritual “pollution”. Oedipus seeks to solve the crime behind the plague and ultimately, to his horror and shame comes to realize that he is the agent that has transgressed the sacred order through his sins of parricide and incest. Jocasta’s suicide and his self-mutilated blinding are seen as satisfying a divine demand for retribution and the city is released from its suffering.

Fornari, in The Psychoanalysis of War, identifies the defensive mechanism of the “paranoid elaboration of mourning” as central for the understanding of the ways in which collectives relieve themselves of the guilt, blame and shame associated with catastrophes of loss, failure and crisis. The pandemic/plague descends upon every nation in the world, imposing its “will” and revealing the limitations of human power. Rejection of such limits forced by the activation of human terror and grandiose narcissism causes many groups to seek to impose their “will” on the omnipotence of nature. It is this “paranoid elaboration” that reveals the madness lurking under the denial and delusion of certain groups or societies. Here we have a foreshadowing of the growing crisis of climate change and the way in which the world, as a global community will have to come together to fend off a crisis many times more complex and catastrophic than this virus and pandemic.

In the present circumstances with (at the time of writing) 5,400,000 cases of infestation and over 345,000 deaths, the societies of the world seek to find a scientific answer to the pandemic while at the same time regressive elements within many societies seek to find scapegoats (pharmakos in Greek) to offer up on the “altar” of public and political opinion. In the United States especially, we see the regressive search for some omnipotent force, a miraculous vaccine or the use of hatred and vilification of China as the means to assuage its guilt and justify its vindictiveness. We see the use of scapegoats: “Chinese scientists” that allegedly released the virus on the world; the brute indifference of offering up the aged, the poor and the dispossessed as a necessary “cost” in order to re-start our economy, or the governmental indifference to healthcare providers who are not supplied with adequate protection as a kind of “human sacrifice”, an offering to an unknown divine figure behind the present scourge.

The psychic and emotional battle is being waged between regressive, primitive forces that seek to use sacrifice as a form of magic to quell the “evil spirits” that they feel, unconsciously, at work in the world and a progressive, scientific and humanistic impulse that seeks to accept the order of reality-testing as we restructure and re-start social and economic activity with the affirmation of the value of life and the importance of human empathy and consciousness. What Camus says on the last page of The Plague is especially apropos: “What we learn in times of pestilence [is] that there are more things to admire in men than to despise.”