Freud and Lynch: An unlikely match, a shared enterprise 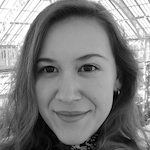 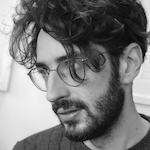 Jamie Ruers is an art historian specialising in art and culture from Vienna 1900 and Surrealist art and film. She is a researcher and the events manager at the Freud Museum London. Stefan Marianski is the education manager at the Freud Museum London. He is also a member of the Psychosis Therapy Project, which provides low-cost psychoanalytic psychotherapy for people experiencing psychosis.

Here, they discuss the Freud Museum London conference which inspired their debut book, Freud/Lynch: Behind the Curtain, an edited collection which explores potential affinities and disjunctions between Lynch and Freud.

Freud/Lynch: Behind the Curtain is a collection of essays investigating the commonalities of an unlikely match: a psychoanalyst from Vienna, Austria, and a film director from Missoula, Montana, who would both go on to be great explorers of the human condition in their respective fields.

The book was derived from a conference of the same name held in May 2018 for the Freud Museum London. It was an exciting event held at the Rio Cinema, an independent movie theatre in Dalston, East London. In the cinema’s main auditorium hangs grand red velvet curtains on the stage where the speakers presented their papers. The curtains were the perfect motif that connected our two subjects: David Lynch uses red – and blue – velvet curtains that line otherworldly settings in Blue Velvet (1986), Twin Peaks (1990–1991), and Mulholland Drive (2001). Similarly, Sigmund Freud also has red velvet curtains which adorn his famous psychoanalytic study in his home, now the Freud Museum. This motif functions as a separation between reality and fantasy spaces, or spaces to explore the unconscious, which begs the question: what lies ‘behind the curtain’?

As the cinema foyer filled with the aromas of damn fine coffee, the animated discussions whirled before spilling out on to the street, so that passers-by catching a few fragments of conversation about the mysteries of Lumberton, the sinister underbelly of Twin Peaks, or the depravity of Bobby Peru could be forgiven for surmising that it was a convention of detectives (or perverts).

The conference was attended by 400 people, coming from all over the world. There was such an appetite for discussion, sharing ideas, and finding reason in David Lynch’s cinematic oeuvre, which are known for their seemingly nonsensical narratives, non-linear storylines, absurd characters, and mystical spaces.

The idea for the conference coincided with the release of the final season of the cult series Twin Peaks, known as The Return (2017), which revisits faces and storylines from 25 years before. The original show ended on a cliff-hanger in 1991. However, if you watched The Return, you’ll have probably found that you finished the 18 episodes with more questions than answers! Maybe it was for this reason that the event was so well attended: it was a cathartic space for us all to digest what had happened the year before; or maybe it was a space to relive it, and work through the trauma together. 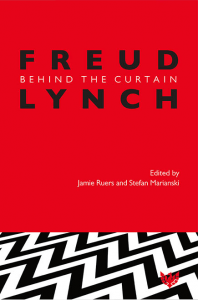 The brilliant contributors include directors, cinephiles, philosophers, art and cultural historians, as well as psychoanalysts. The papers cover themes such as dream logic, language, fantasy, identity, art, architecture, hysteria, perversion, and what the term “Lynchian” means culturally and clinically. Each paper is so rich in their handling of the Freud/Lynch dichotomy that we’re delighted Phoenix published a legacy of this project.

The weekend finished with a panel discussing and finding sense in The Return, which included Richard Martin, Todd McGowan, Allistair McTaggart and Tamara Dellutri who took questions from the audience. A transcript of this gripping panel discussion finishes the book.

We hope you’ll enjoy delving in and getting lost in the Freudian and Lynchian dreamscapes, but do make sure to have a MacGuffin to hand to help you wake up again …

Freud/Lynch: Behind the Curtain is available from our website now.